If you have been by my blog before, you know how much I love books. It's almost to the point of obsession. I collect books by certain authors I like or series that I think are fun or books that fit with the themes I teach... and so on! I am always interested in finding new and exciting books to share with my students. So when Vincent A. Mastro, an author from Massachussettes, contacted me to check out the first book in his new series called Aesop's 1st Book of Childhood Adventures, I couldn't say no! I love Aesop's fables. They are classics that never get old. I'm always shocked when my students haven't heard some of these old tales!

Vincent's book tells the story of Aesop, a young inquisitive raccoon, who goes on three adventures throughout the book, interacting with characters from three fables. In this first book, the fables told are The Tortoise and the Hare, The Friends and the Bear, and The Crow and the Pitcher. Each fable is it's own independent story, so you can read the whole book in one sitting or read it over a few days! I read it with my own students over the last three days and each day they were excited to see what kind of adventure Aesop was going to go on! 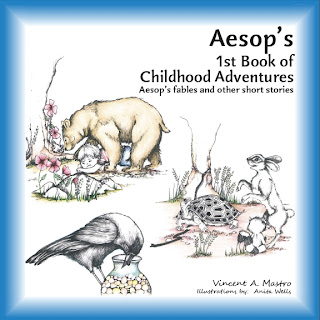 After reading the entire book with my class, I asked them to give me their personal opinions of the book (since they are the target audience anyways). Here it is, straight out of the mouths of babes:


"I liked the tortoise and hare story because I thought the rabbit was going to win the race, but the tortoise really did. It was a surprise."

"I liked when the bear came [in The Friends and the Bear] and then the kids were safe."

"We learned lessons at the end of the stories."

"I liked the pictures in the book. And the colours. The raccoon is really cute."

"I liked the whole story!"

"I liked listening to the race [in The Tortoise and the Hare]. It was really exciting!"

"I think the hare should have won the race. He was faster!" <-- Some didn't get the message of the story... so we talked about it again! :)

"I liked everything about the book!"

"Are there more stories?"


And to answer the last question... yes, there is a second book out and I believe more planned! In the second set of adventures, Aesop tells the story of The Goose That Laid Golden Eggs, Three Equal Shares, and The Oak and the Grass. I will definitely read this second book to my class as well. 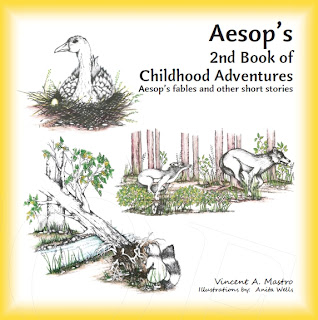 Check it out here:
Amazon.com
Amazon.ca

Each of the stories starts and ends the same way. In the beginning of each story, young Aesop is asking his Grandmother "Why?" and she says that she does not have all the answers... some answers Aesop will have to find for himself. I found that this really sparked some deep and thought-provoking discussion with my first graders! I asked them what they thought Aesop was asking about. We came up with a large list of "why" questions. "Why is the sky blue?" "Why are my eyes green?" "Why are my feet so big?" I had them choose a question that was important to them and had them write it on this page. {Click either picture to download your copy. Clipart from Ashley Hughes and border from The Bubbly Blonde.} 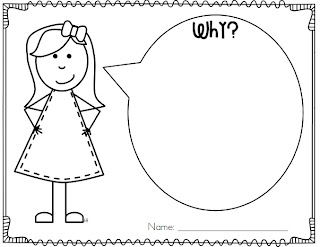 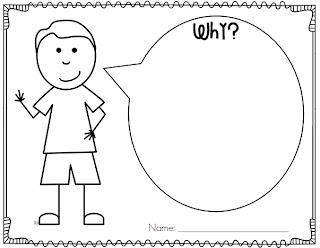 This was a great way to think about inquiry (perfect for new provincial report card next year!!) and get students asking questions about things that they are curious about! I definitely recommend checking out this book! Great for a fable study or character education lessons.
Posted by Amanda at 22:08