How's that for a random title? I am so in love with my new puppy that I just want to show her off to everyone! As I write this she is curled up beside me on the couch, fast asleep. Adorable!! So here are some pictures of our new addition: Molly, the 8-week yellow labrador (and some shots of her big sister, Bella). 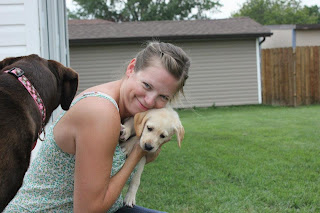 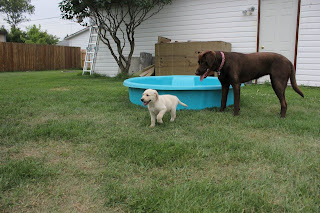 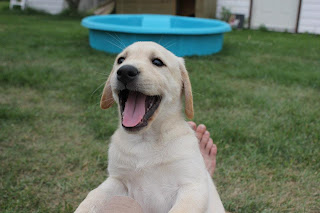 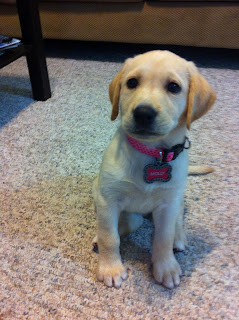 I've been trying to work on some other school subjects and units, but I keep going back to math! I've been sorting all my activities into "Math by Myself" and "Math with Someone" to get myself organized for guided math. I came across this idea from this site called Play 2 Learn Printables. It's a math activity called "Roll Mr. Potato Head". I adapted their version to make a first grade version that uses two dice and addition. I bought a simple Mr. Potato Head set from Kohl's for $10.99. You might be able to find them cheaper, or even at garage sales! You can also use the printables from Play 2 Learn Printables or make your own pieces out of construction paper. 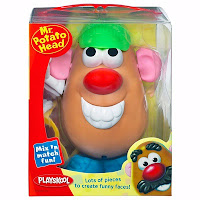 So this activity can be a solo one in "Math by Myself" or if you have two or more potatoes they can race to build their Mr. Potato Head first in "Math with Someone". Click the picture below to get your own copy of this easy station! 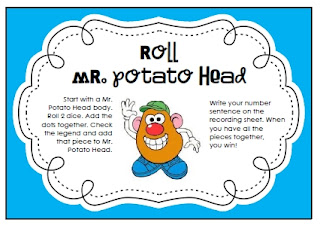 The student rolls 2 dice, adds the dots together, and checks the legend to see which piece to add to their Mr. Potato Head. 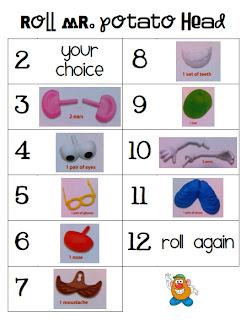 The student can record their addition sentence on this little recording sheet.

There ya go! Quick and easy math station--especially if you have a Mr. Potato Head just hanging around, waiting to be used as an educational tool! :)
*Update* I made a new version of this activity as a freebie on TpT: 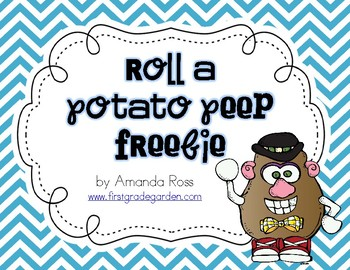