That's about the extent of my pirate talk knowledge. Maybe throw in a couple of "Arrrrs!" and "Where's me treasure?" :) Next year on this day, my sister-in-law is getting married. We joke that all the speeches will be in pirate talk. lol

These are a few of my favourite pirate books. David Shannon's "How I Became a Pirate" and "Pirates Don't Change Diapers" are always a big hit with the kids. "Twenty-Six Pirates" and "Shiver Me Letters" are two fun pirate ABC books. 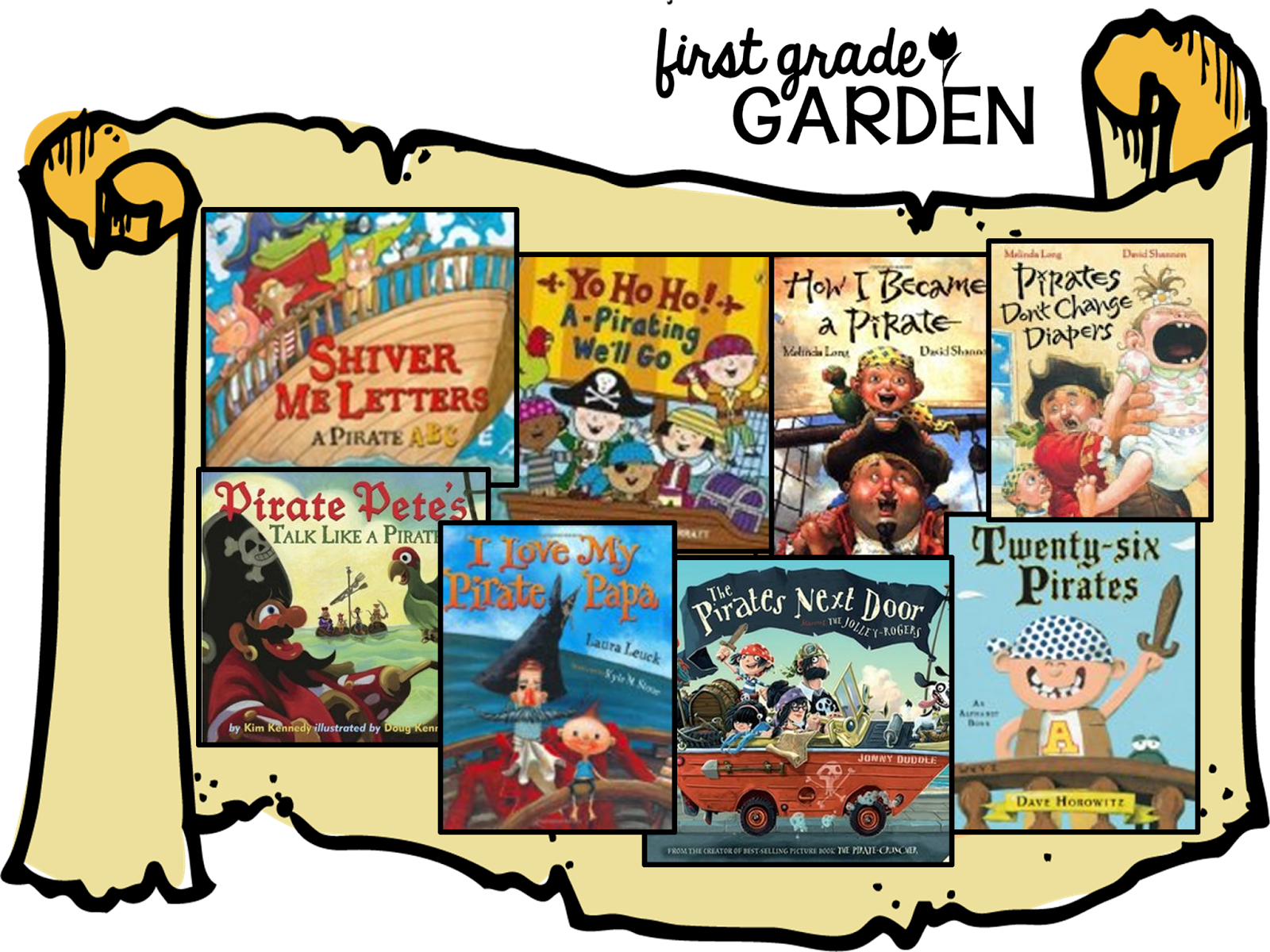 I wanted to create a fun pirate freebie for you, so I came up with three math games for you. Pirate Cover Up is a game where you roll two dice, add them together, and cover up the same tally mark gold coin. Then there is Pirate Bump (addition and subtraction versions). {If you don't know how to play BUMP, read my post here.} Each game comes in a colour and black & white version. 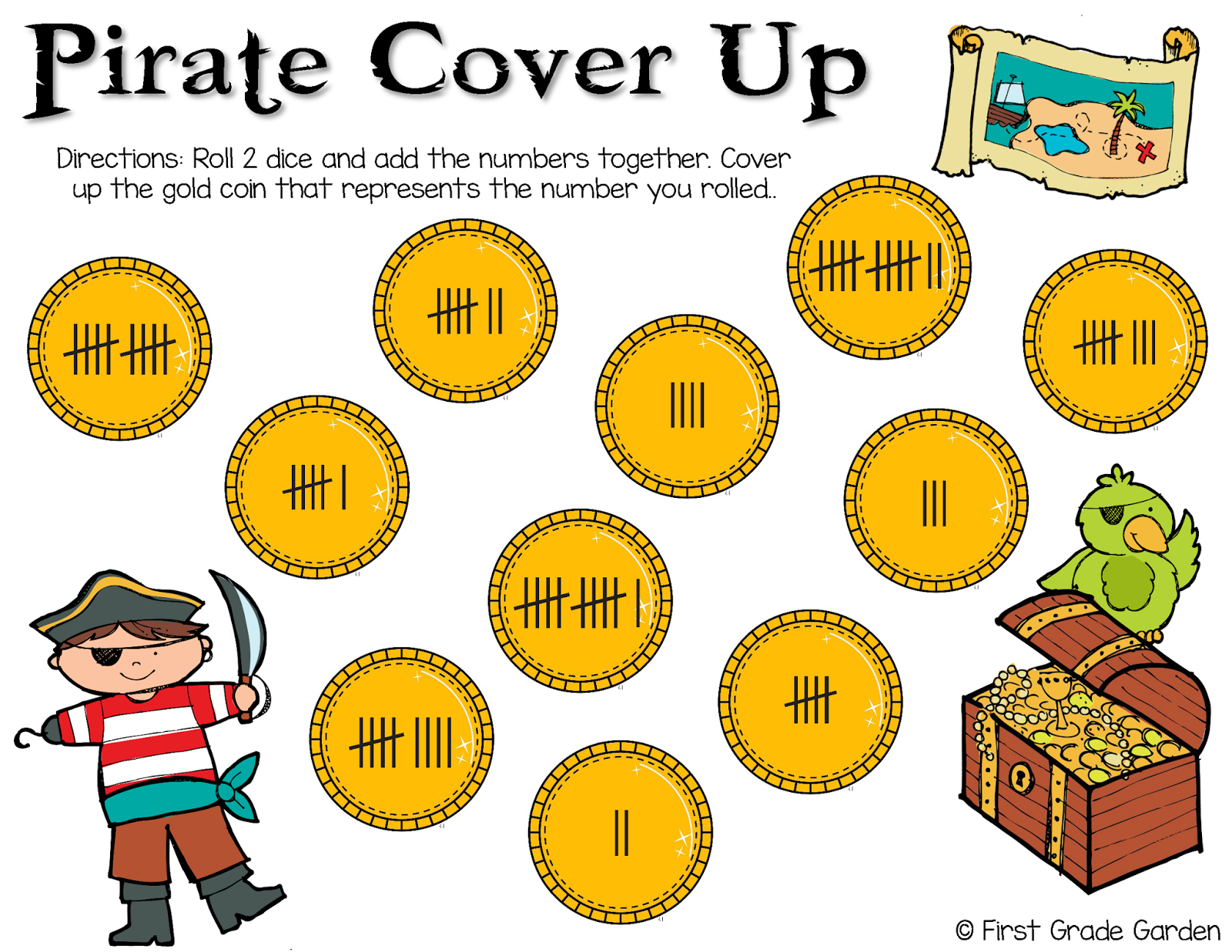 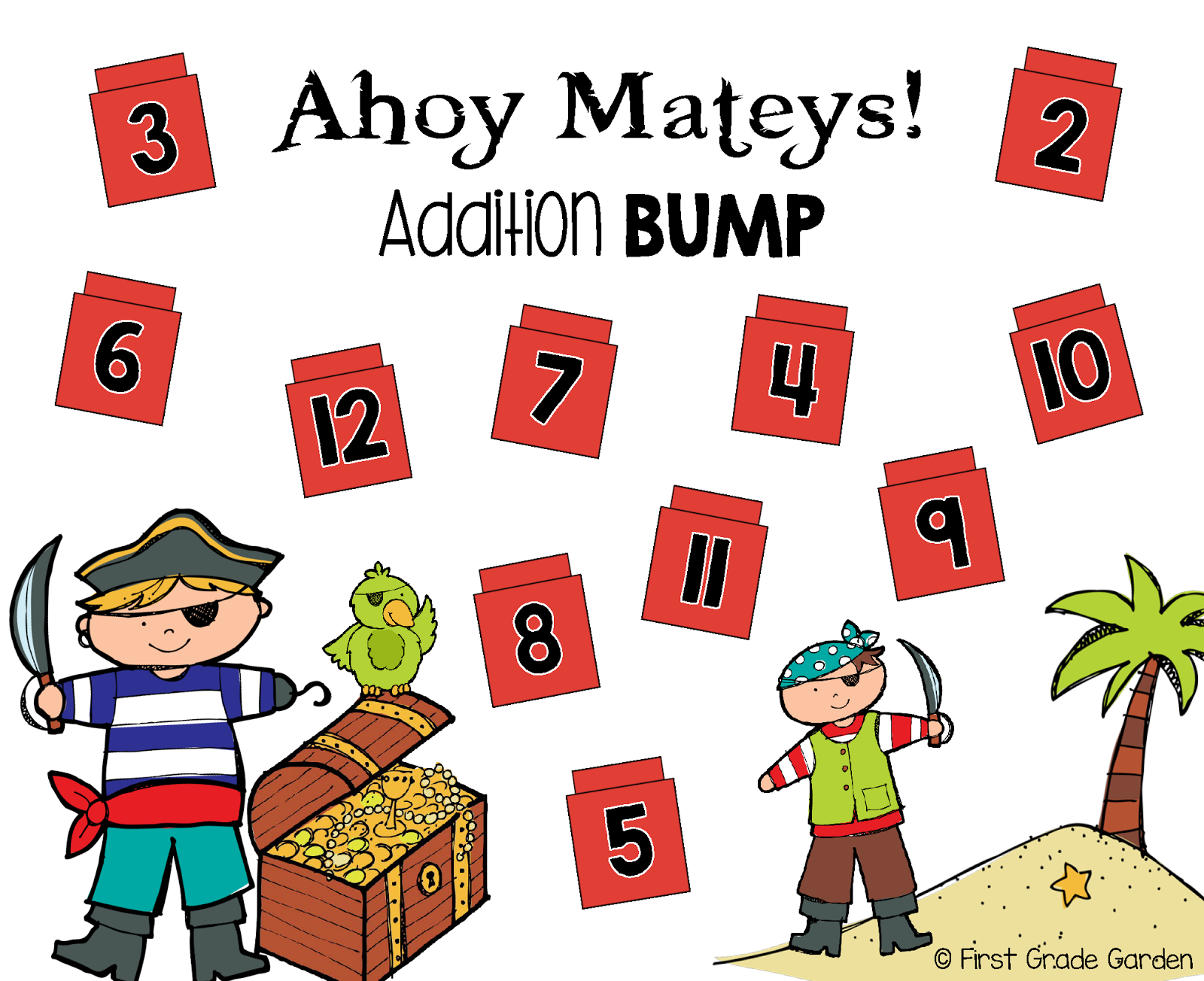 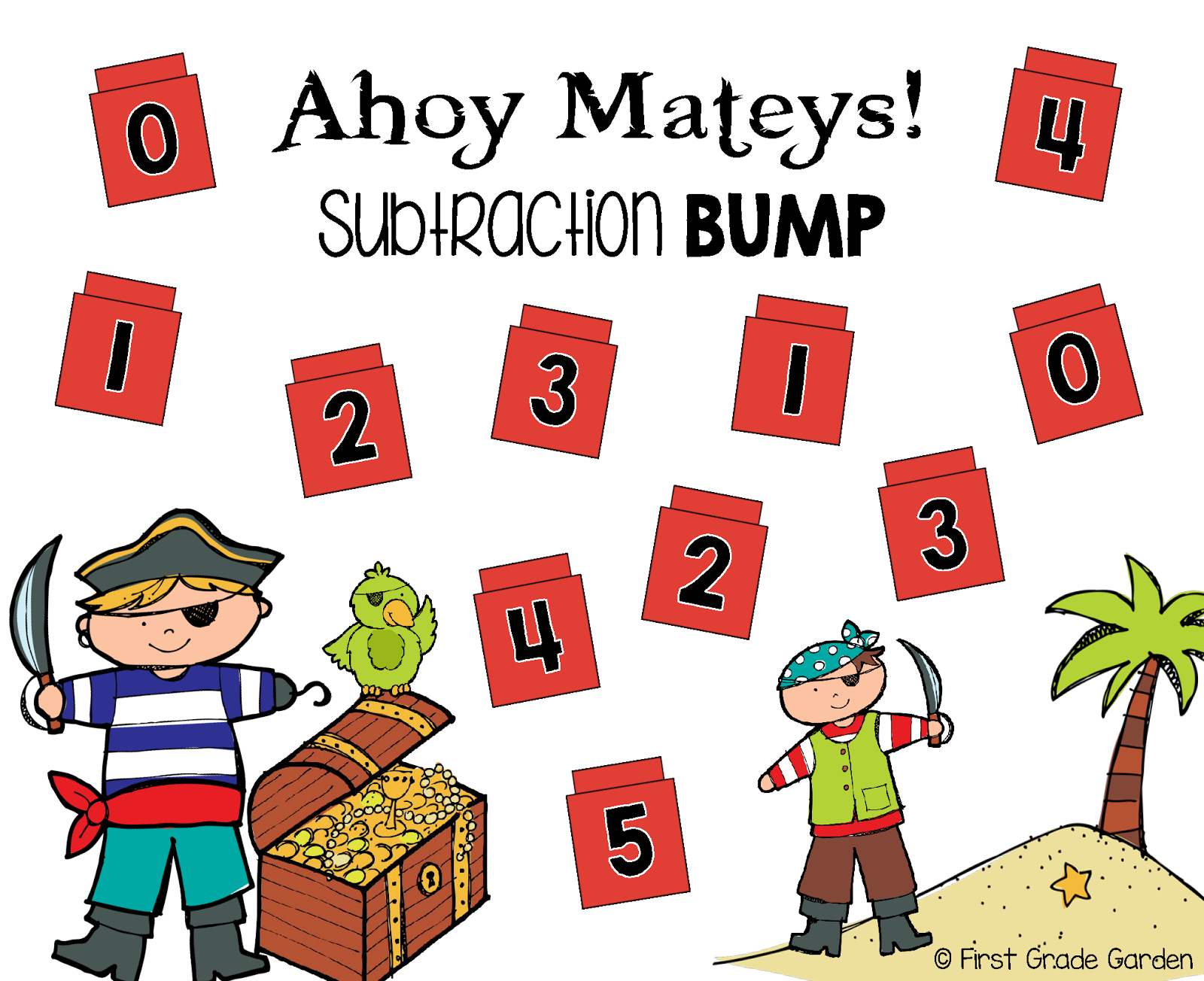